Sentiment analysis refers to analyzing an opinion or feelings about something using data like text or images, regarding almost anything. Sentiment analysis helps companies in their decision-making process. For instance, if public sentiment towards a product is not so good, a company may try to modify the product or stop the production altogether in order to avoid any losses.

There are many sources of public sentiment e.g. public interviews, opinion polls, surveys, etc. However, with more and more people joining social media platforms, websites like Facebook and Twitter can be parsed for public sentiment.

If above step was executed successfully that means in a way we are logged in to our account. To fetch tweets from twitter we need to pass a query. Query can be changed in main function I am passing Elon Musk for our example.

After we get our raw data ie. tweets we need to clean them by that I mean removing any special characters and links from the tweets.

Using textblob we will perform sentiment analysis task. It will give output in three types of sentiment: Negative, Positive & Neutral.

In main function we are going to pass query ie. the string that we want to search on twitter and count is the number of tweets to download to perform pre-processing and analysis. 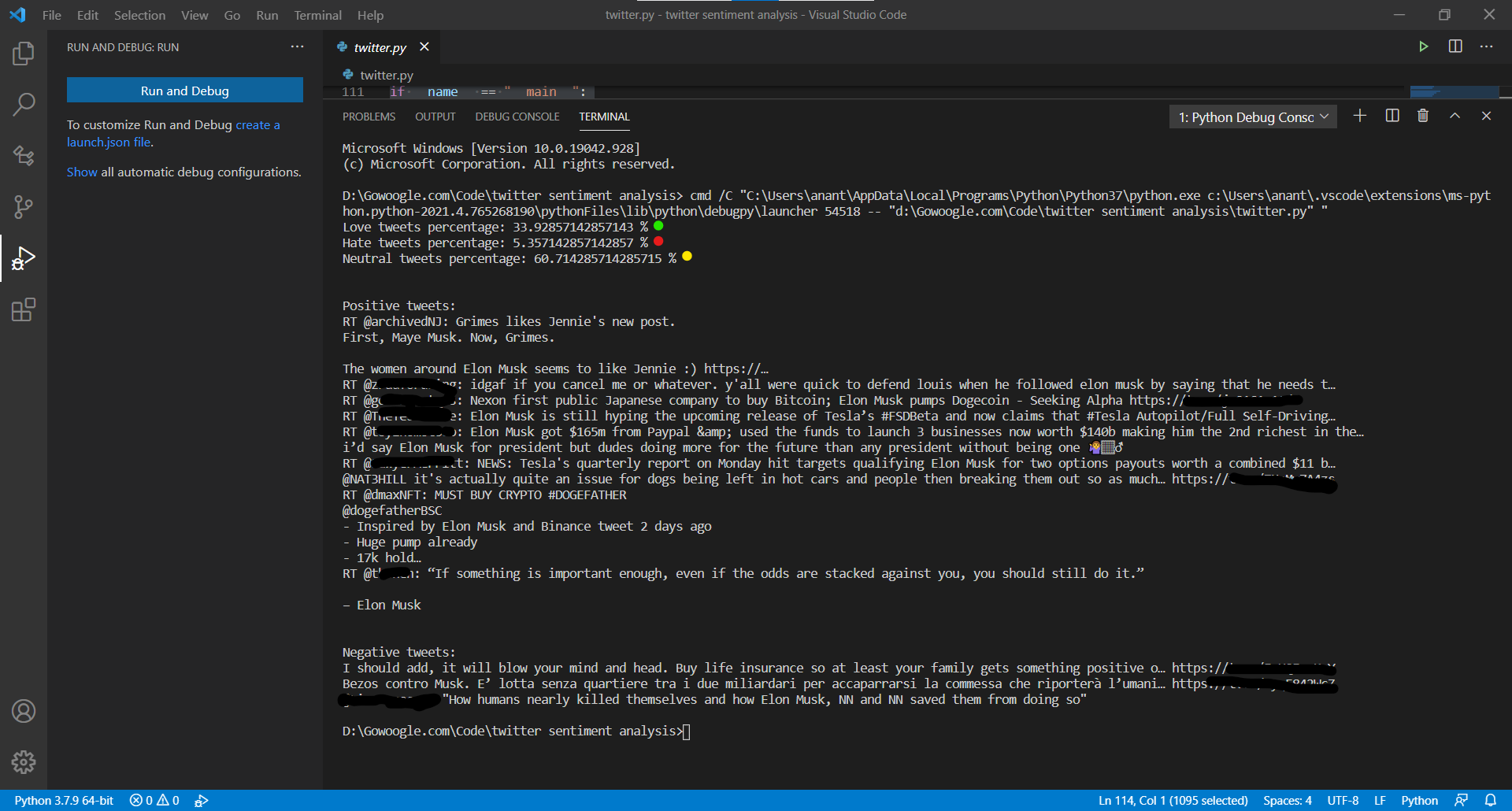 type the command below in the terminal and hit enter if you are using windows command prompt is your terminal.